football remembers the 33 - the burnden park stadium disaster of 1946 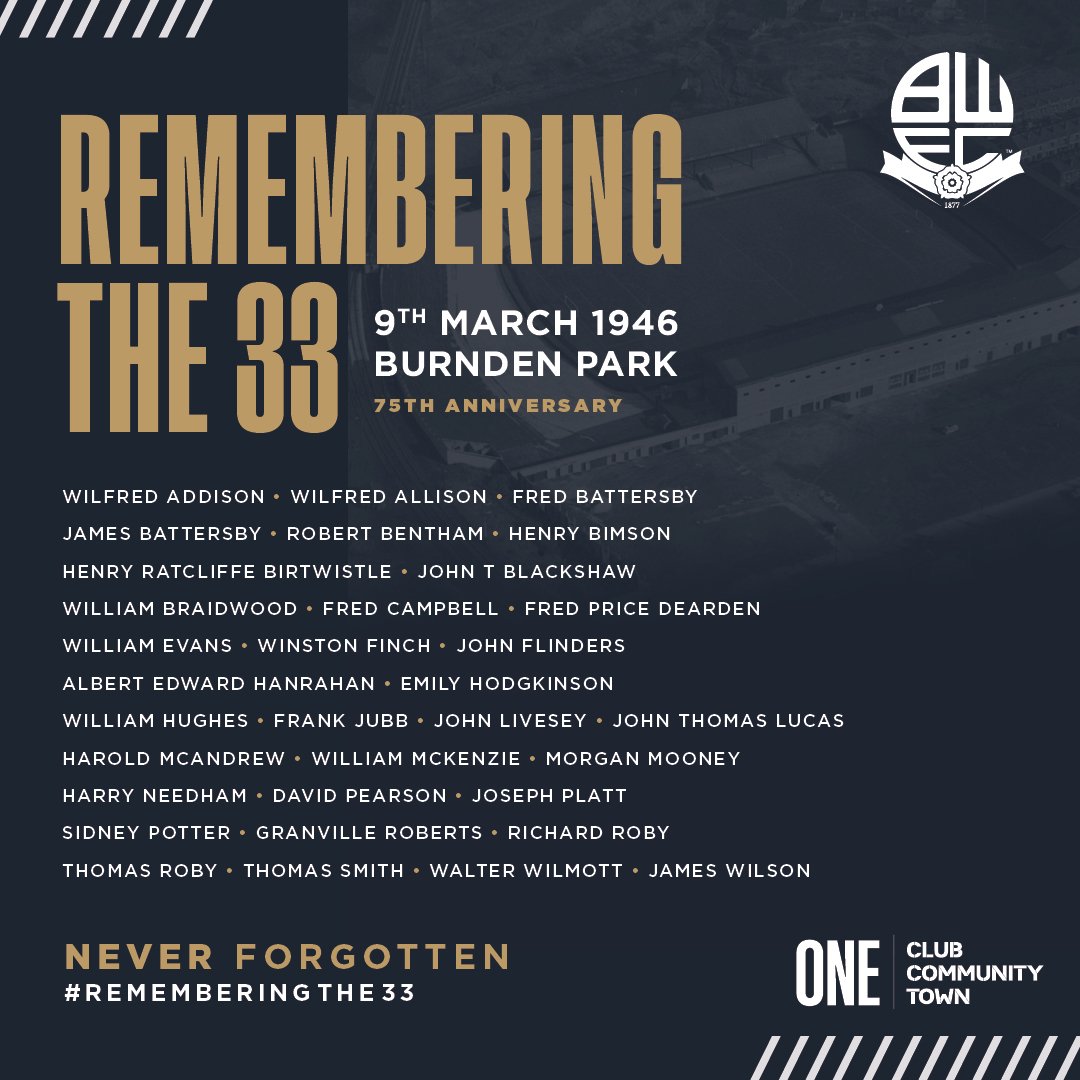 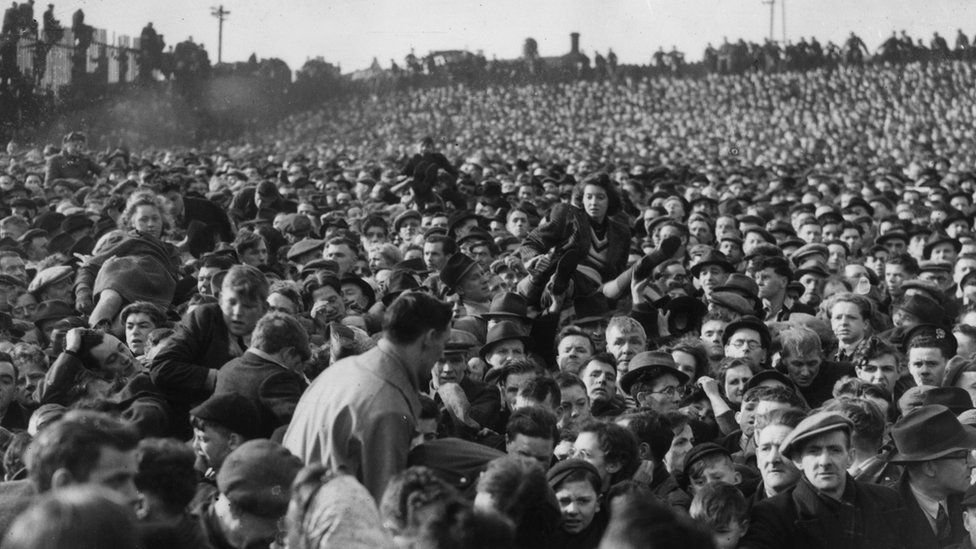 75 years ago this week, on the 9th March 1946 33 people were killed in a crush at Burnden Park, when 85,000 people packed into the stadium to watch an FA Cup game between Bolton Wanderers and Stoke City. It is estimated that there were over 20,000 fans above the capacity of the stadium, as people eager to see the game after a six year absence of football during during the war. The iconic Stanley Matthews, the first footballer to receive a knighthood, was  playing for Stoke City, providing an extra attraction. Read more about this disaster on BBC News. The website Football Stadiums provides a survey of the worst stadium disasters since the stand collapse at Ibrox in 1902, and is a good site to learn about the main stadiums in leagues worldwide.